What is Colour Vision Deficiency? 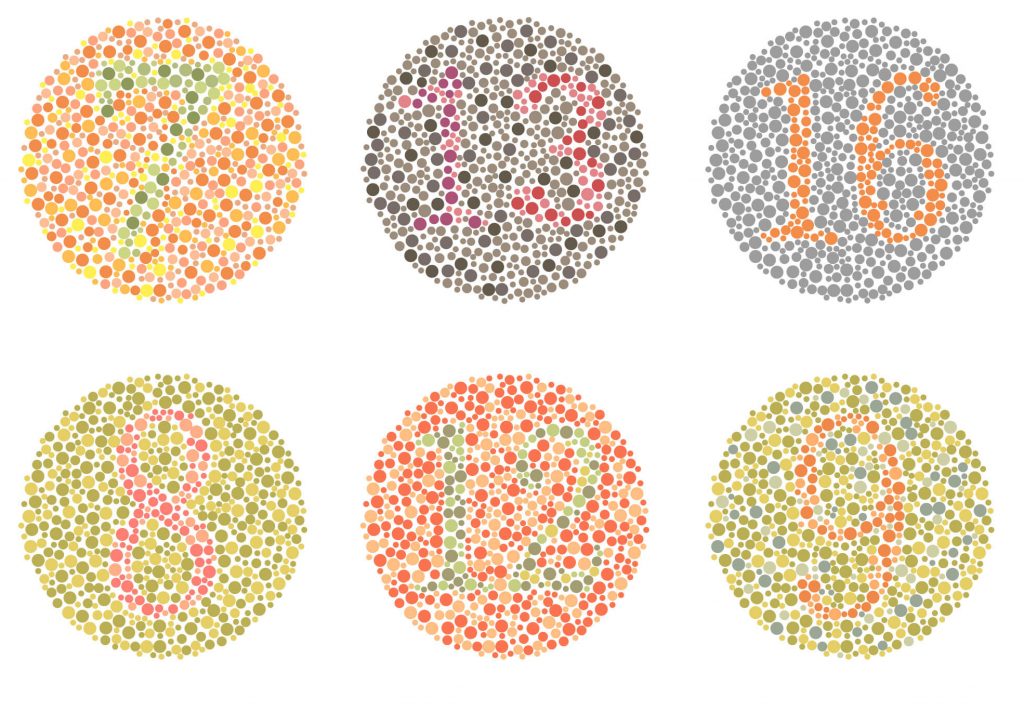 Colour blindness is a genetic condition usually passed from mother to son, but it can also result from some diseases such as:

Other causes include some medications or exposure to chemicals such as fertilisers, and the ability to see colours can also lessen with age.

The symptoms of CVD may be observed by parents when children are young. In other cases, symptoms are so slight, they may not even be noticed. Common symptoms of colour blindness include:

It is generally diagnosed during an eye examination using special coloured pictures called Ishihara plates which contain numbers which can be recognised with normal colour vision.

There is no known treatment for CVD. Fortunately, the vision of most colour-blind people is normal in all other respects and certain adaptation methods are all that is required.